2021-2025 Planet Mosaic – Documentary series filmed all across our planet, focusing on the world’s most beautiful nature parks and following in the footsteps of their inhabitants. This series follows on from Planet Mosaic produced in France, in Europe and in the Outermost Regions of the European Union.

The 36 nature parks we will visit in 36 countries were chosen for their remarkable natural beauty and, most importantly, because they provide wonderful examples of the profound link between nature and people. Together they form an exquisite mosaic that depicts an intelligent and positive collaboration between humankind and nature. The people we will meet live far apart and in very different places, but they all have one thing in common – a passion for an activity they pursue in extraordinary landscapes!

We want to show all age groups that alongside the crucial environmental issues raised today, there are people who act concretely and with extraordinary passion. I believe that it is by following optimistic and active women and men that we can move forward effectively in the protection of our beautiful planet.

The Planet Odyssey documentary series was first supported by the European Commission (shootings made in the Outermost Regions of the European Union), then UNESCO (shootings in the Biosphere Reserves of Sweden and Finland) and finally the UN News Media Division in New York for all films until 2025.

Letter of support from Mr Stéphane Dujarric, Director of the Information and Media Division, UNITED NATIONS Department of Public Information New York: “I am writing to express the United Nations News and Media Division’s support for the documentary series Planet Odyssey, consisting of four films to be shot over the next five years by Mr. Philippe Boucher. Planet Odyssey will highlight the links between humankind and the environment in protected
areas around the world. The films will document the planet’s diverse landscapes and ecosystems, raise awareness about long- and short-term environmental threats, and highlight efforts by people to mitigate these threats with a view to inspiring individuals to play an active role in protecting and preserving the natural environment. As Planet Odyssey aligns with the United Nations’ principles and priorities, the United Nations News and Media Division is currently discussing with Mr. Boucher and his team ways of incorporating Planet Odyssey material into our multimedia public information products. We would appreciate any assistance and support offered to Mr. Boucher and his team in fulfilling this important mission.”
Stéphane Dujarric

“Philippe Boucher observes the lives of some extraordinary people, depicting them with a boundless poetry that reflects the love and respect he has for his fellow man. Boucher brings a photographer’s eye to his art, producing sumptuous panoramas, tracking the magical light that sweeps across the mountains and leading us on a fabulous voyage through breathtaking landscapes in the company of a cast that, for each film, took an entire year to assemble. The result is this almost anachronistic ode to the beauty of our planet.
Planet Odyssey is full of the love of life; a passion that Philippe Boucher shares with the extraordinary people that populate his films.” 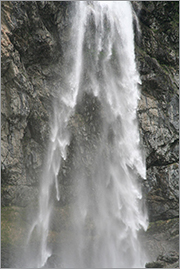 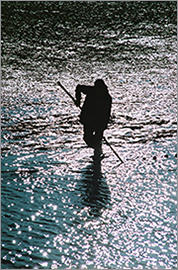 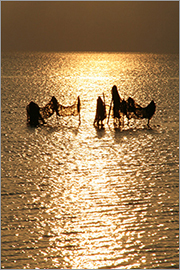 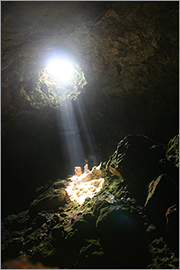 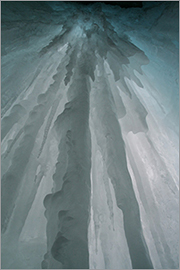