Philippe had always dreamed of becoming a reporter, even when he was only nine. He started out by producing a little newspaper, called “Le Mini” (30 subscribers for 2 years). His first journalism jobs, at the age of 14, were for the Dauphiné Libéré newspaper and for a free radio station. He then created the Paris-North Cape Photo Adventure when he was 19.

After then years of reporting and broadcasting during his studies, he became a producer-presenter for France 3 Rhône-Alpes Auvergne when he was 21.

Following his experience as a student, he began producing and directing his own films, completing several documentaries that have been shown by France 2, France 3, France 5, NRK (Norway), YLE (Finland) and NHK (Japan). He has also worked as a head steadycam operator and photo director for television series such as Ushuaïa Nature, and for the 1 o’clock and 8 o’clock news (TF1) and Arte. In addition, he has carried out voluntary work for the humanitarian organisation Handicap International, producing films about the civil war in Sierra Leone and the place of women in a small matriarchal community deep in the forests of Bangladesh. He also shot a report on an expedition to Siberia which unfortunately ended in a Mi-8 helicopter crash of which he is one of the survivors.

During his career, Philippe has taken his photography and video equipment to more then 50 countries and produced seven 52-minute films in 22 of France’s regional and national parks (also in Finland and Switzerland), five 26-minute films on environmental research in Finland and Sweden, and a series of films on the ultra-peripheral regions of the European Union.

Today, he and his team are entirely focused on Planet Odyssey, a project that will harness his passion for the environment for five more years. 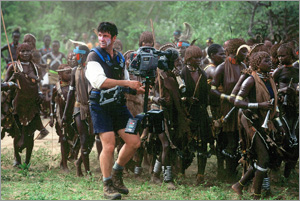 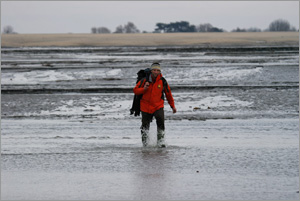 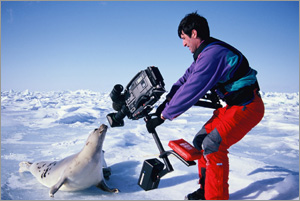